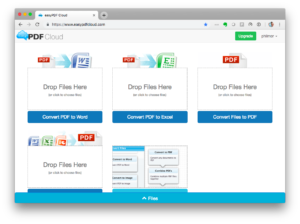 I now more-or-less exclusively reach for my iPad for both reviewing documents (papers, agendas, minutes etc.) and when I need to have information available at my fingertips for meetings and the like. Increasingly, I seem to receive paperwork for meetings as a single, often long, PDF which is great.  This file format is, of course, is the digital lingua franca for bringing together documents which were originally generated from a range of programs.

Sometimes, though, I have the very first world problem of needing to review some work which is presented as a number of files of one or more formats.  Today, for example, I was about to board a plane (a prime paper reviewing opportunity) and recalled that I had recently been asked to review a paper for Contact Lens and Anterior Eye.  I pressed the various on-screen buttons to accept this invitation and was quickly able to download the five files – four Word documents and one image.  To generate a single PDF for airborne review would mean converting the Word files individually in some way and then either adding the image or converting them separately.  A bit tedious; and also slow when the queue was already beginning to form at Gate 206.

Some time ago, I found the easyPDF web site which allows you to drag in a bunch of files and it quickly generates a single PDF file for download.  As a default, it adds the the files in alphabetical sequence so some changing of file names might be required but apart from that, it works perfectly.  There is an iOS (and presumably an Android) app to act as the front end for this, also.  The site allows conversion of up to five files as part of its free tier.  It does other conversion magic as well although I’ve not used those other features.

I have previously struggled with methods to automate this process on my Mac (PDF creation means shoving information through a printer driver rather than a simple conversion process) so this is a much better solution which can easily be done when on the move.  The system is cloud-based so may not be suitable for sensitive of confidential documents but for other bits of work, it’s a great option. 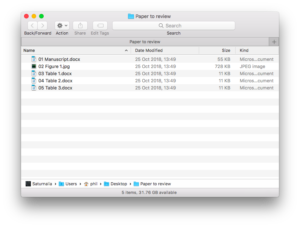 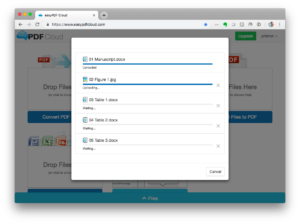 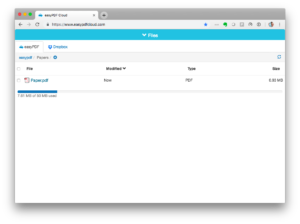